As the Chief Diversity Officer of Publicis Groupe US, Geraldine White works closely on creating inclusive experiences for all employees. She works on ensuring there are systems in place allowing everyone to show up authentically within their teams. Geraldine’s also one of our latest Anthem judges, so we spoke with her to find out more about the expertise she’s bringing to The Anthem Awards. 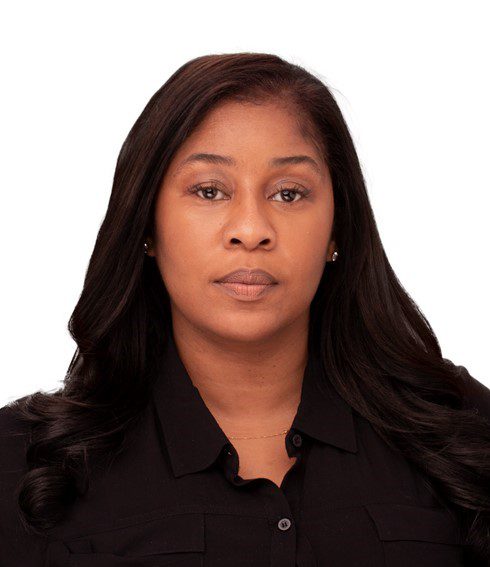 We know that there is a distinct, data-backed correlation between diversity and organizational performance, and in my role as Chief Diversity Officer of Publicis Groupe US, I work to build and champion more inclusive experiences in service of our brands, client teams, individuals within our walls, to create an environment where anyone can thrive, and everyone belongs. Simply put, I put programs and processes in place that support our talent so that they can show up authentically in the workplace — and in the work they do for our clients.

I think my role as a diversity and inclusion practitioner gives me a unique perspective and expertise as a judge for the Anthem Awards. The Anthem awards celebrate purpose and mission-driven work, so I’m looking closely at the entrant companies and what they believe in, in addition to the work they’ve created. Is the company delivering an inclusive and authentic piece of work, but also, is the entrant acting like a mission driven organization in other ways? Is it cultivating an equitable culture, making inclusive investments, and participating in purposeful discourse itself?

A successful Anthem entry, to me, is dictated by how well it serves people across the entire lifecycle of the campaign/effort – all the way from Workplace to Marketplace. So while I’m still looking at typical case study aspects like strategy, creativity and effectiveness, I’m also looking at metrics like authenticity, cultural relevance, and sentiment.  The Anthem Awards are working to define a new benchmark for impactful work that inspires others to take action in their own communities, and the winning entries, in my opinion, are going to be the ones that reach the intended audience with the right authenticity of message, how it speaks directly to them and how it gets them to engage and take meaningful action.

Our work has a very immediate impact on pop culture, and we get to dictate if the narratives that we put out are going to uplift communities that have been historically excluded.

We have the opportunity – if not the responsibility – as advertisers to make sure that our work is reflective of the very consumers we’re working to connect with… and further, that we’re putting out narratives that support the kind of world we want to see for the next generation. Our work has a very immediate impact on pop culture, and we get to dictate if the narratives that we put out are going to uplift communities that have been historically excluded; drive engagement with a cause that needs attention; educate the masses around timely issues; support science and correct misinformation; or otherwise.

To this end, it’s incredibly important that we’re intentional in who we represent, how they are represented, and who they are represented by. This is the foundation of a salient piece of work  — and from there, we can bolster campaigns with smart strategy, creative execution, and innovative ways to engage the audience and drive clicks, actions, and ultimately shape behaviors.

In judging The Anthem Awards I’ve seen quite a few inspiring campaigns – I won’t reveal my favorites before the winners are announced, but I will say the ones that resonated with me most were those that brought erasure to the forefront and showcased the stories of historically excluded individuals and communities.

Beyond the work I saw in the judging process, I’ll point to a campaign that brings together social impact, grassroots efforts, and advocacy: the Red Dab? Red Flag campaign raising awareness for Endometrial cancer, which disproportionately affects Black women. It’s a simple, impactful message, told through the voices of women who’ve been directly impacted by the disease – and a strong example of the Workplace to Marketplace approach I mentioned earlier in action.